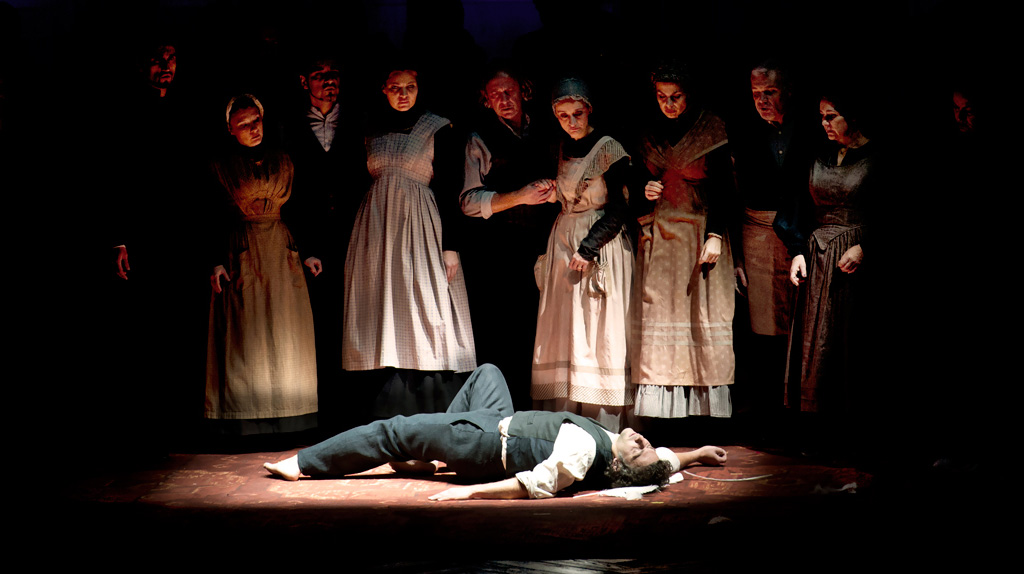 I would really like, in fact, to be born again in another two hundred years’ time.

Anyone who has read Alessandro Manzoni, Milan’s eloquent native son in his compelling 18th century novel ‘The Betrothed’ or ‘I Promessi Sposi’ as endearingly known by the locals; will be familiar with the writer’s proclivity and the deep unwavering ‘amore’ shared between his two young characters, Renzo and Lucia.

Anyone who has gone to the writer’s beloved city will also be familiar with Milan; a geographically flat industrial conurbation that become a character in itself – snob, stiff and seductive, often choked by smog, the place everyone yearns to skip and the place they cannot resist. 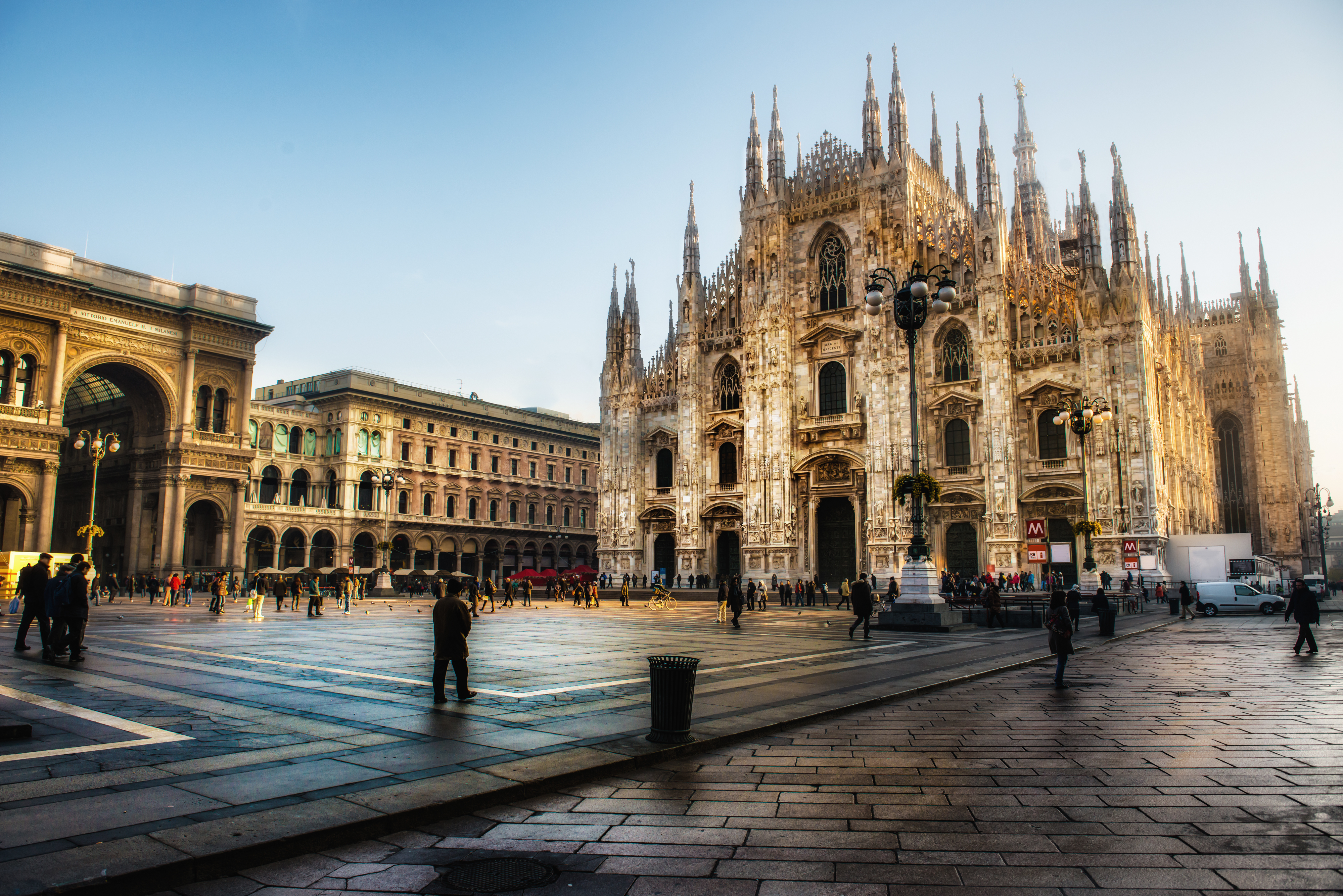 On a notoriously cold wet midday of March, I arrived in Italy’s second biggest city and the capital of Lombardy. My four-hour train ride commenced with an early morning departure from the ‘petit’ Gare-de-Nice in the south of France to Milan’s ‘vasto’ Stazione Centrale, that oozes with old world charm and chaos.

A journey which included sporadic stops – of changing the train’s engine, security checks, passengers boarding and disembarking; as well as fixing a door that jammed occasionally when the train ran low on electricity.

There were of course moments of unconscious vexation, but most of the time sensory exhilaration – marveling at the changing sceneries that inspire dreams in young children. From manicured gardens, to crumbling buildings, deserted piazzas and sleepy fishing villages. The outside world whizzes by so fast that as one momentarily catches a glimpse of a remote parcel of land that opens up unto the temperamental Mediterranean and then is quickly followed by undulating vistas of endless greenery often capped with snow. Yet above all, it was a poignant anticipation of stepping inside Milan’s materialistic image of beauty, all the while listening in, to the echoes of Manzoni’s words that still haunt this evolving city.

No one I know in this lifetime could possibly live 231 years except the tortoises in Galapagos. If Alessandro Francesco Tommaso Manzoni, who was born on March 1785 had resolutely pined to be born again after 200 hundred years, then wishing is a very human characteristic. It is something like a fuel that feeds the curious soul. Even Manzoni himself knew all along that it was perspicuously impossible and quick to console his hopeful spirit by saying ‘Certainly the heart has always something to tell about the future to those who listen to it’.

Girding myself with the writer’s affirmation, I alighted the crowded train and joined the 400,000 daily commuters swarming the station that links Italy to the rest of Europe. Despite the almost cinematic fresco and the ubiquitous ‘macaroni’ accent you hear, it doesn’t take more than a minute to admire Milan’s revered train station. Almost every traveler navigating through Stazione Centrale is bound to take a pause and be transfixed by the balletic arches, concave dome roofs and Benito Mussolini’s majestic interpretation of powerful fascist architecture. 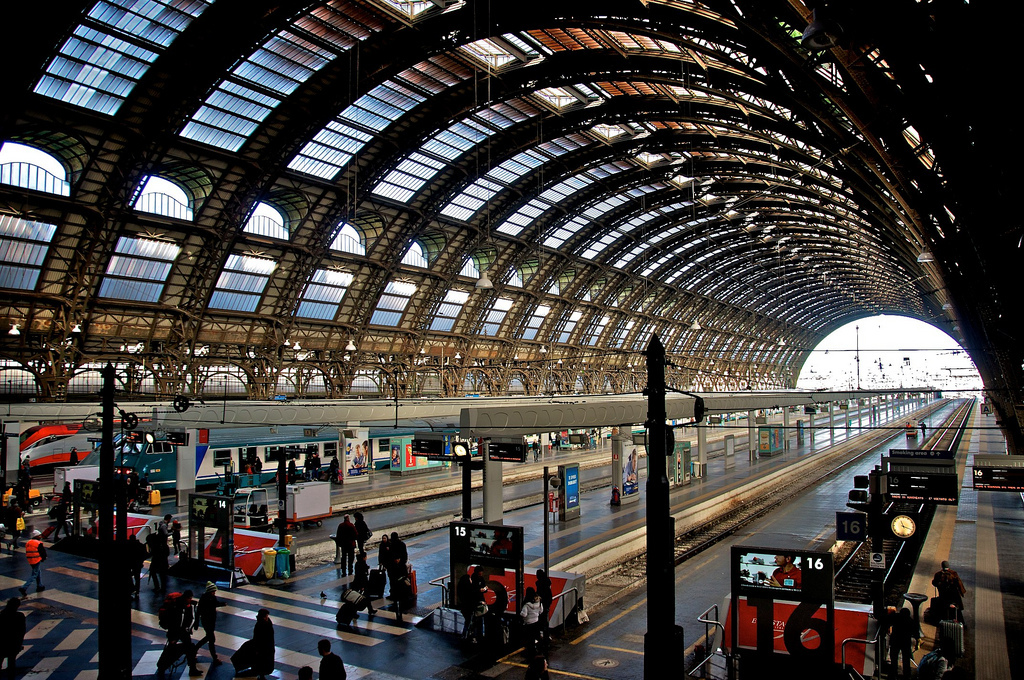 In Milan, if you ever take a spade and dig, the odds of discovering ancient relics are high. Yet I have avoided coming to Milan until very recently. It is not that I shared the same sentiment with the celebrity fashion stylist, Brad Goreski who gleefully said ‘My favorite thing about Milan is that you see these guys, and it’s as if a spaceship came out of the most attractive planet invented and just dropped them off all across the city’. For sure, Milan is prosperous with good looks, talent and wealth ever since Roman times. Coming across with ‘The Betrothed’, it was hard not to be charmed by Manzoni’s zest and convinced me to briefly leave the Riviera in exchange of the Lombardy’s plains. 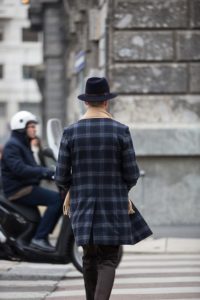 In the Brera district, a historical core of the city I took my stroll passing stolid villas, hip restaurants and shops with half-hidden treasures in which the city is known for – its luxury Italian goods. While walking on a cobblestoned alley or crossing a gravel-filled street, I could only muse at the irony and the simple lack of thought; why not create platforms as catwalks, for a city that proudly calls itself the capital of fashion?

Before my heels started to lose grip, I sliced my way to a narrow street in Via dell’Orso. The unassuming 18th century palazzo quietly stood amid apartment blocks. Boutique shops and charming café’s festooned the street level. I heard from a friend that this former palazzo now run by Hotel Milano Scala, features a foyer which stages music recitals. That afternoon, I took advantage of the chance to poke inside, at the same time allowing my feet a quick respite. Lending an ear to the emotive melodies was like enjoying an ‘apperitivo’ before getting the ultimate Italian-five-act visual and auditory delights at the nearby Teatro alla Scala, Milan’s musical jewel. Under a glass paneled roof that covers the old open courtyard of this palazzo, the chances that you could be rubbing elbows with some of the musicians that performed with Placido Domingo and Jose Carreras at the Opera, is a spectacle by itself. 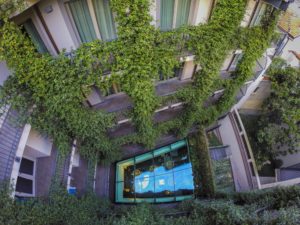 I nosed up to the rooftop terrace and caught a gaze of the Duomo cathedral that loomed in the distance. Up there among the scented herb garden, my impression about Milan, being a narcissistically vain and superficially dull city, had slowly vanished. The hubhub and the city’s materialism felt distant, Milan for once became real.

The following day, I decided to aimlessly walk along crannies and hushed side streets skipping Quadrilatero d’Oro, the fashion district crammed with flagship stores. While it was hard to get away from top brands and labels flashing before me, it seemed that every Milanese is a walking boutique shop; all swaddled in fine coats, crispy collar shirts, leather shoes and jewelry to boot. Despite the self-indulgence and beyond the materialism, the Milanese are extremely hard-working business moguls. After all, the city lies in the heart of Lombardy and it is Italy’s richest region. 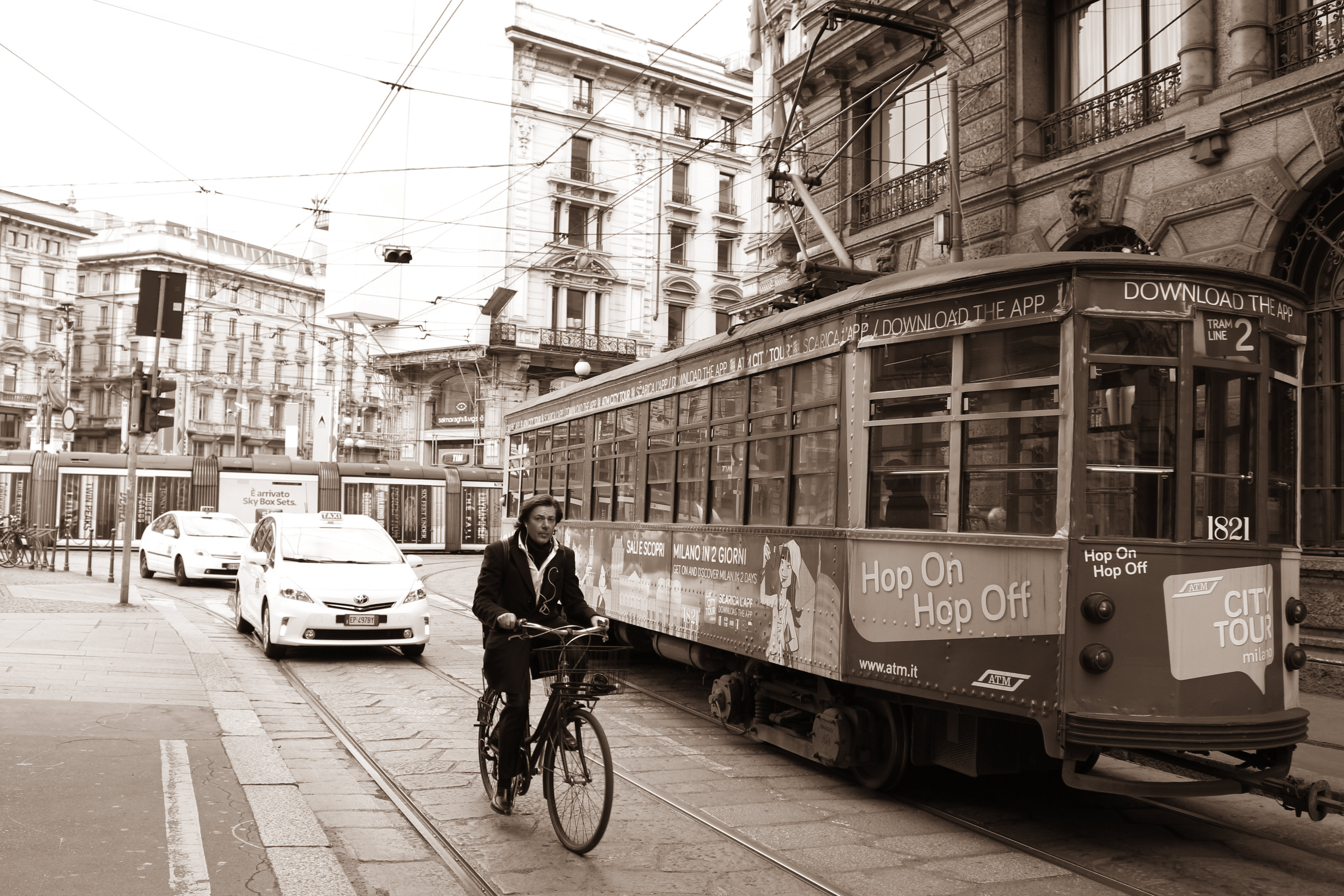 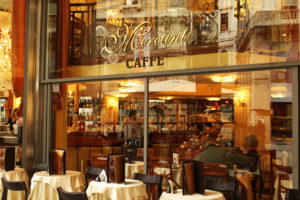 When one becomes a witness to the city’s daily rituals, one glosses the imperfections and starts to admire the image under the surface. It wasn’t long ago that the ex-Prime Minister Silvio Berlusconi stepped down after allegations of corruption, ties to the Mafia and an appetite for under-aged prostitutes. Milan being his hometown was back in the headlines but not for a bad reason. Instead the scandal was relegated to the back pages and replaced by glitzy fashion news and the world’s fair, EXPO Milano became the agenda of the global community.

Sitting at a café, I watched the barista preparing espressos and serving cappuccinos with hearts on the froth. An old woman leans in to check and nods with approval. In a corner, a monitor showed a football match. Men watching intently at the screen and roared in merriment as the star player scored a goal. Across the way, a shopkeeper glowered over the window and lit up a cigarette, bankers walked briskly in the cold weather and nuns guiding school children to cross the street just as after the tram had passed. 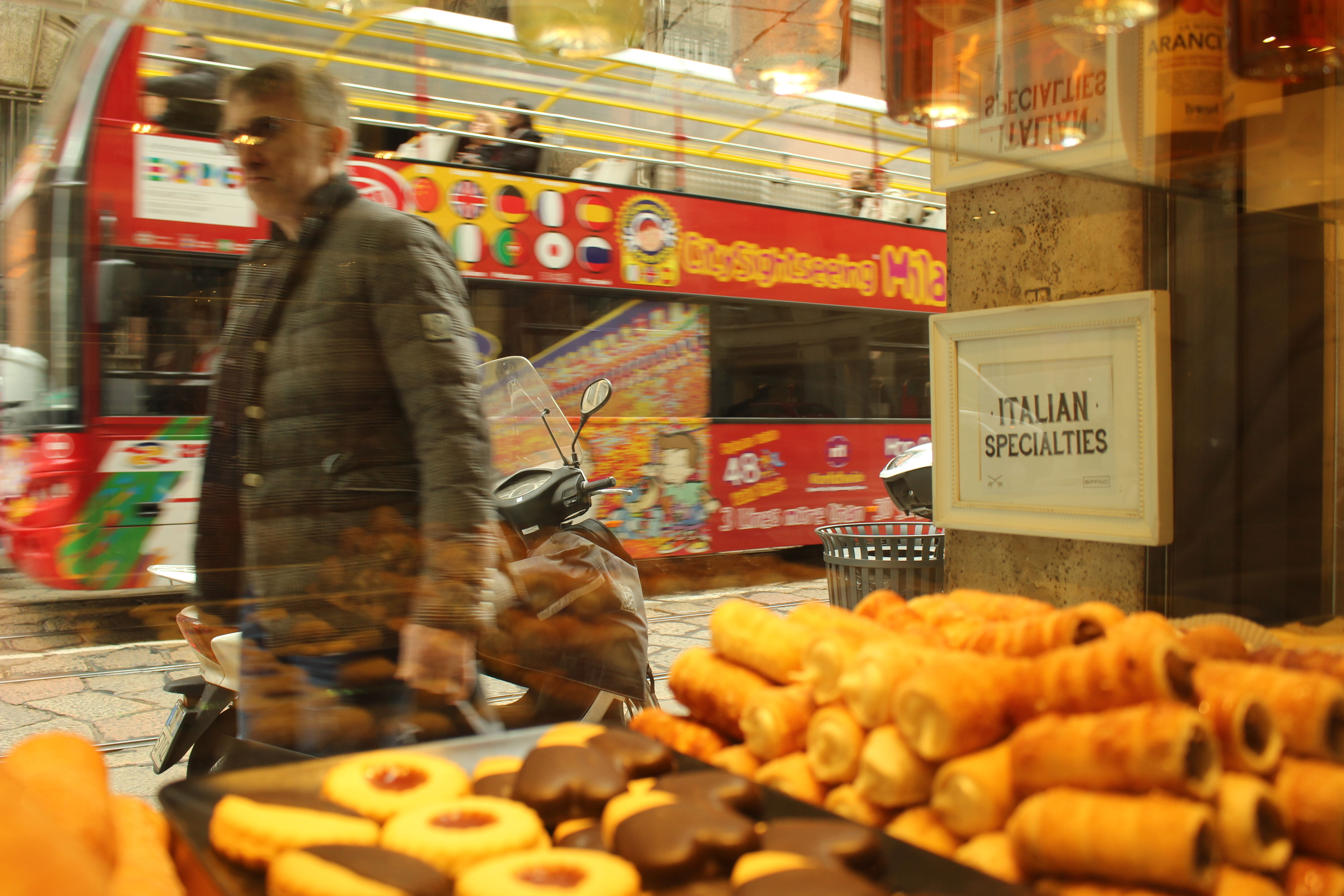 Watching the city and listening to its beat, is like rereading Manzoni’s novel – a story of love and fortunes, of tragedies and comedies; as well as the many political intrigues and ecclesiastical happenstances – the perplexing triumph of divine justice as if Milan was possessed by the writer’s enigmatic spell – since then and forever. 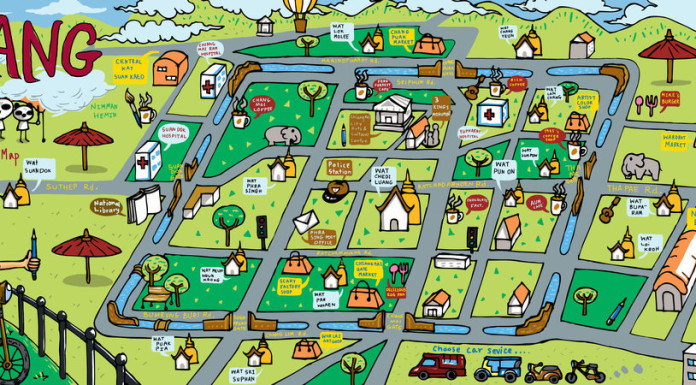 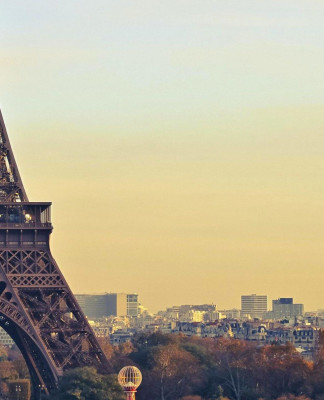 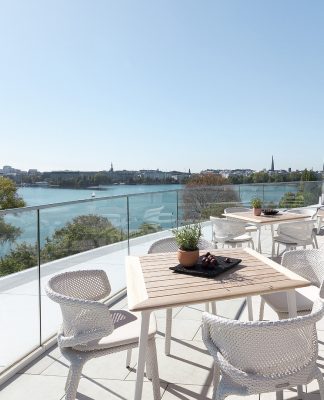